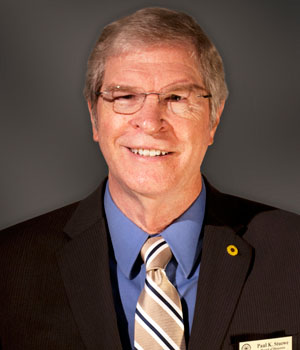 Teachers can greatly impact a student’s life. Great teachers change the lives of kids and inspire them to reach their goals. A perfect example of a great teacher is Paul Stuewe, the AP European History teacher, who helped and taught hundreds of students during his 14 years at BV West. As his teaching career comes to a close with his retirement at the end of the year, Stuewe shares his best memories from this school.
Though Stuewe is now a well-respected teacher, he did not plan on becoming a teacher until he found his passion in college. While majoring in history for a potential law degree, Stuewe realized that it wasn’t the law that fascinated him but rather his major. His interest became the beginning to a long and rewarding career.
“I majored in history, which was a good thing to major in if you’re going to law school,” Stuewe said. “The more I studied it, the more I liked it more than the law. [I thought, ‘what can I do with history that would really engage me? Teaching.’” Stuewe said.
After college, Stuewe began working at a small high school. Many years into his career, Stuewe decided it was time to retire. However, he realized later that he wanted to continue his career.
“Technically I retired 14 years ago the first time and I thought I might do something else. But the more I thought about it, the more I didn’t want to do anything else,” Stuewe said.
Stuewe returned to his teaching career and began working at BV West 14 years ago. Stuewe said he still remembers his first day teaching and how beautiful BV West looked.
“My first memory was driving up. I had never been here before, so driving up the driveway, I just couldn’t believe it. It was such a beautiful school,” Stuewe said. “It looked more [like a community college] with all of the fields out there.”

Though Stuewe loves history and his students, he officially decided to retire after the end of the 2020 school year.
“I am retiring for good now because I am 70 and so that’s a good time to retire,” Stuewe said. “Oh, it’s too hard to define one moment in my career. It’s an accumulation of moments that have been really good.”
People choose to become teachers so they can help others and spread their knowledge. These moments make teaching worth it for Stuewe.
“I would say in my classes that when I’m talking about European history and I see kind of the light bulbs come on in people’s eyes in terms of understanding,” Stuewe said.
Junior Nick Edwards, a former AP Euro student and the current History Club president which Stuewe is the sponsor of, worked with Stuewe a lot in the past few years and feels grateful for the opportunities that Stuewe has given him.
“In the past couple years, Mr. Stuewe has given myself and the other History Club officers many tools to lead and now with him eventually leaving the building, he has given the mantleship of History Club to us officers,” Edwards said.
In addition, Edwards remembers how Stuewe approaches teaching in an interesting and engaging way. As a Vietnam veteran, Stuewe is able to use his experience from war to give a unique perspective on history. His students are able to connect through the stories and be more engaged.

Edwards said that Stuewe’s stories, describing his first hand experiences with the content he teaches, were providential to the success he had in the class.
“Mr. Stuewe mixes his lectures with a lot of personal stories and background. Because he has such a broad understanding of history, he is able to connect it to us on a deeper level,” Edwards said. “Probably the stories [students enjoy the most] are from my military experience being in Europe during the Cold War and being drafted during the Vietnam War,” Stuewe said.
As he part ways with BV West and his students, Stuewe reveals what he will miss most about teaching.
“Well, I know this sounds cliche, but it’s really true,” Stuewe said. “The students and being able to meet the students and I get to know them, work with them. And then the other thing is a captive audience to talk to about history,” Stuewe said.
Students are sad to see him go but will make sure to keep in contact.
“The biggest thing I will miss about Mr. Stuewe is his attitude and admiration for history and just seeing him in the halls of West. I know I will keep in touch with him after he is gone,” Edwards said.
Though some students did not have the privilege to be in Stuewe’s class, the students who had him will always remember the joy and excitement he brought to history.