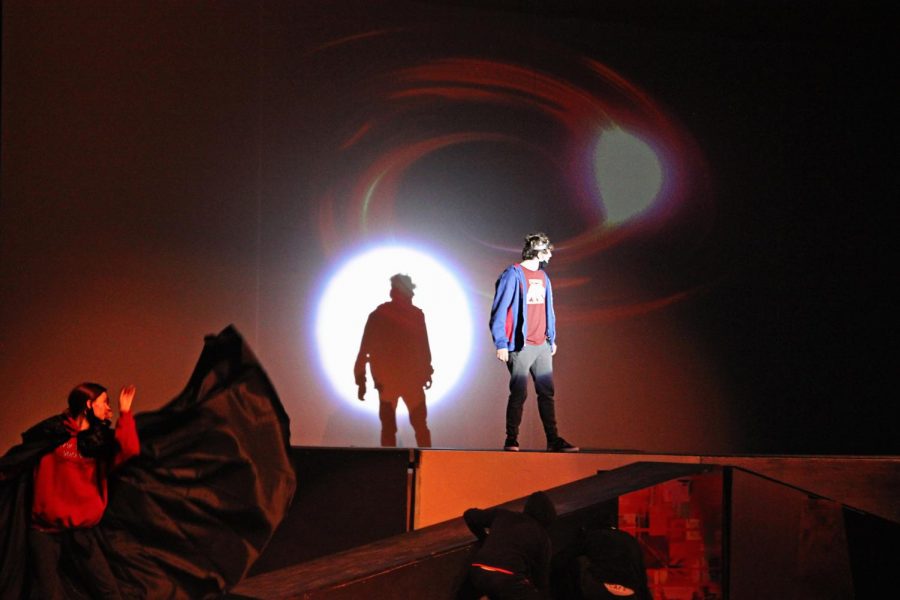 The 2021 to 2022 school year has provided many more opportunities for students to return to doing the things they love after the obstacles posed by the COVID-19 pandemic.

The theater department especially was constrained by the happenings of the last year and a half. In an art form where expression and voice matter most, wearing masks and practicing social distancing propose a distinct challenge. Show director, Reed Uthe, had to get creative during the last couple of shows in order to ensure student safety while continuing to stage engaging performance.

The upcoming production of Macbeth will be Arp’s eighth show at BV West, she portrays the character Fleance. Arp has been participating in theater since her freshman year and worked through the difficulties of the previous school year.

Last fall, the department’s play was all virtual and performed on Zoom. The spring musical was in-person and had the performers wear clear masks and lip sync to pre-recorded tracks instead of singing live.

“Those shows pushed us as actors and I’m grateful we got to do them, however being fully back in person is amazing,” Arp said.

The value of live performances is one Arp and other students hold dear. It was something simple they never imagined could’ve been taken away.

“We’re all glad to be back on stage performing once again,” said senior Cooper Holmes. “Performing in person allows the cast and crew to bond over a story while in front of a live audience.”

Holmes has been involved in 10 shows at BV West and performs the role of Malcolm.

“My favorite part about theatre is being able to present a spectacular show while bonding with all the cast and crew members during the rehearsal process,” Holmes said.

Nov. 18, 19, and 20 the theater department will perform “Macbeth,” a tragedy by William Shakespeare written in the seventeenth century.

“I think it’s good for students to learn about Shakespeare and in my opinion, it’s so much more fun to do it by performing rather than reading it,” Arp said. “I think performing one of his plays in high school is really cool because it really pushes us outside our comfort zone as actors, which is something that high school theater is all about.”

The play is also the host of a special superstition in the world of theater. People involved in the art agree it is forbidden to say “Macbeth” when not in rehearsal.

Both students are looking forward to the show and appreciate the support given by the school. Although theater may not receive the level of attention that sports and other activities do, the strides made are worth noting.

The recent assembly for fall sports and activities featured a teaser performance from the cast of Macbeth.

“That was the first time we got to do something like that and I think it’d be beneficial if we could do something similar for all shows moving forward,” said Arp, who got to act in the fighting scene showcased at the assembly. “To continue to help support theater, BVW should continue to post about it on their social media so that more people know about our shows.”

Arp appreciates the improvements made to support BVW theater. She would encourage more students to show their spirit by attending the shows.

“I’d tell someone who hasn’t seen one of BV West’s shows that they should try to see one, because each show has something everyone will enjoy, and it’s awesome to support your fellow Jags,” Arp said.

Macbeth will be performed from Thursday, Nov. 18 to Saturday, Nov. 20 at 7 p.m. in the PAC. Tickets are on sale online and can be purchased at the door.