Songs For A New World

This February, the Blue Valley West theater department presents a new musical, Songs for a New World, with a small, prestigious cast combining under and upperclassmen.

Out of the eighteen cast members, only two are freshman, including Gracie Hernandez. Songs is her second show at west, but she has been acting in and outside of school since sixth grade, participating in over ten shows.

Of her upperclassman counterparts, Hernandez says she has “made some new friends and I look up to a lot of them because they’re all very talented.” Hernandez plans to continue in theatre at West.

Annabelle Heckert is a senior and makeup head of Songs. She too has participated in theatre since sixth grade in over 20 shows and Allegro Choir outside of school for seven years.

Heckert says she likes “to think that there’s not that big of a dynamic (between under and upperclassmen) compared to seniors in the past, who I was terrified to speak to.” The makeup head enjoys teaching the younger cast and crew members, like Hernandez, who hopes “to grow along with them” (the older members of Songs).

Songs for a New World is directed by Laurie Vanderpol, West’s theatre teacher. Alongside her is Kimberly Modelski, West’s choir teacher.

It premieres February 14-16th at West, with musical accompaniment by West’s orchestra teacher, Mr. Book, and other musicians.

Written by Jason Brown, Songs for a New world originally had a cast of 4 actors that portrayed several different characters, each struggling with a change in their lives they cannot reverse, ranging from pregnancy, suicide finding love, and losing it. 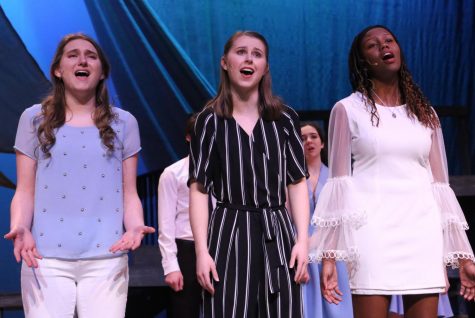 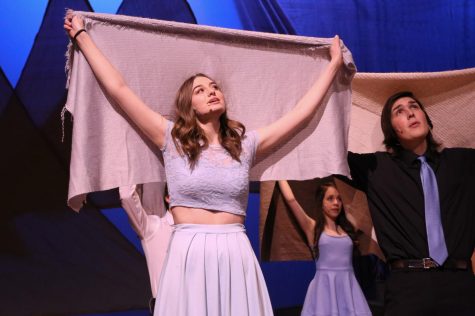 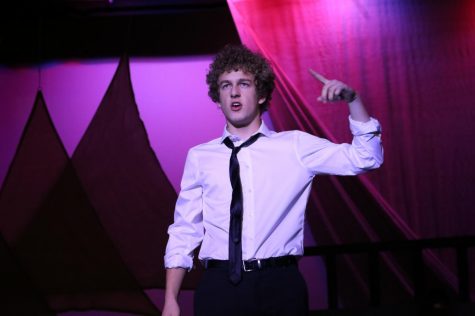