With the recent rise of Asian hate crimes, BV West students discuss their feelings about it 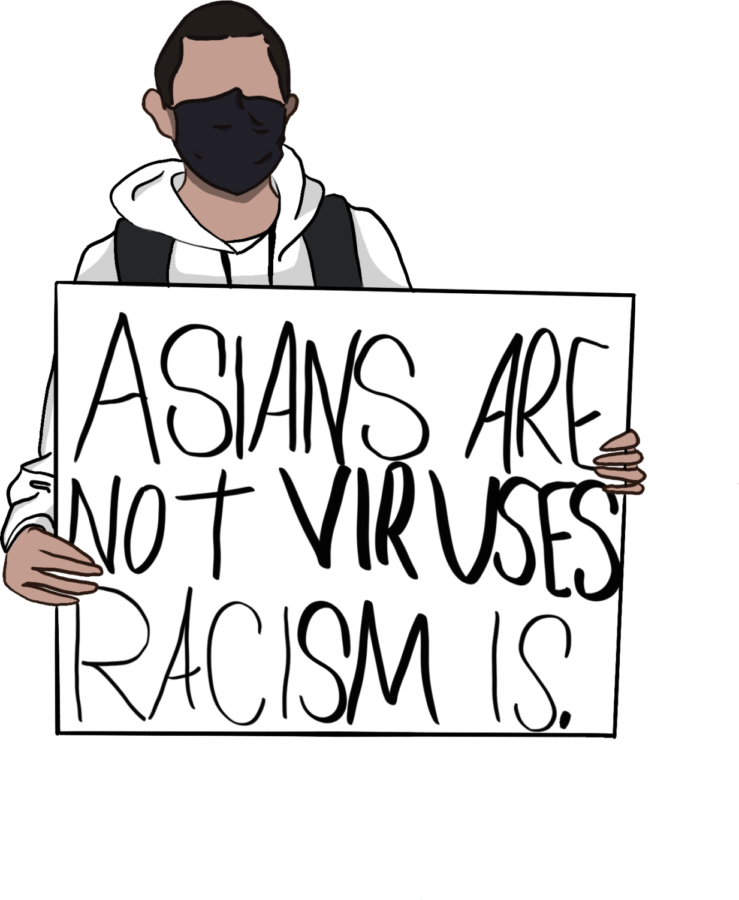 The COVID-19 virus has impacted the lives of all Americans. After news broke that a deadly virus was spreading through China then swept throughout the world and into the United States in March of 2020, the world stopped and is now slowly resuming back to a normal pace. But, another epidemic that has been in the United States for centuries has been becoming increasingly worse and prevalent, specifically towards Asian Americans and Pacific Islanders.
“Racially motivated crime[s] against AAPI has risen exponentially since COVID-19, or as some would incorrectly call it, the “China-virus,” was declared a global pandemic,” said junior Zoe Arp.
Hate crimes targeting AAPI have risen 150% from 2019 to 2020. After racist rhetoric was passed around prominently in the media when the pandemic began, it did not take long for physical and verbal aggression to begin.
“My sister, who was in 6th grade at the time, was told that she was a “virus” and that she should go back to her country,” said Arp.
Within the last year, there have been countless acts of violence and harassment towards AAPI throughout the nation. Many AAPI citizens are concerned for a loved one or themselves when they walk down the street after the exponential rise in hate crimes.
In March of 2021, in Atlanta, Georgia, there was a mass shooting where eight Asian Americans were killed. There have also been countless attacks towards innocent elderly citizens.
This sparked media outrage when the sheriff’s captain in Atlanta, Jay Baker, claimed that the suspect was just “having a bad day.”
This issue of Asian hate or harassment is not new. Hate against Asian Americans is centuries-old; for example, in the late 1800s in government acts such as the Chinese Exclusion Act, it was published to prohibit the immigration of Chinese Laborers.
“AAPI hate in the US is nothing new, and it is woven into the very fabrics of our country,” said Arp.
While COVID-19 is the inherent cause of the rise in AAPI hate crimes currently, there is an evident cause for these vile acts. COVID-19 has been a clear scapegoat for discrimination to persist.
“The cause of this hatred isn’t the COVID-19 pandemic, it’s white supremacy and racism,” said junior Amanda Zhu.
Even pre-COVID, AAPI hate was prominent and was not unknown. COVID-19 has just shown a light on the long going epidemic of AAPI hate in America.
“People have walked up to me and told me to “open my eyes.” People have said things like “hey Ching Chong, think you could do my math homework for me?” or just “shut up, Asian,”” said Arp “I’ve been told my whole life that ‘Asian racism doesn’t exist’ and that I should just learn to ‘take a joke.’”
Jokes that may seem harmless to one are a big part of why there is such a massive amount of hate crimes toward AAPI civilians and other minorities and are being taken seriously.
“Even if they’re not overtly violent, racist jokes still actually contribute to the attitudes that spawn violence,” said Zhu.
BV West Principal, Dr. Potts, gives his condolences and sympathy towards AAPI and minority students.
“Our team is here, and that we want to hear their story and learn more about their reality at BV West,” said Potts.
As stated in articles from Spotlight, such as “What’s That Thing On Your Head?” and “1,134”, the BV West staff has been engaging in professional learning around diversity, equity, and inclusion for two years now and are planning to expand this work by this coming fall.
“We’ve created two workgroups, one studying and auditing our school culture and physical space as it pertains to diversity, equity, and inclusion. The other workgroup is studying and auditing our curriculum in an effort to more fully provide representation within our curricular products, practices, experiences, and perspectives,” said Potts.
Comparatively, students do not feel heard or seen by the administration and encourage that immediate action should be taken to alleviate the issue of discrimination.
“Racist behavior towards AAPI [is] very real and should not be taken lightly,” said Arp. “The BVW Administration needs to listen to its AAPI students and not silence AAPI students’ voices, but instead raise them up.”
“I [want] the administration and staff to be educated on how to teach students anti-racism and equal treatment,” said Zhu. “There should also be more pressure for teachers and students to, you know, not be racist.”